Leonardo da Vinci takes a rightful place in the list of the greatest geniuses of all times. This man was born and lived in Italy and died in France but his heritage justly belongs to the whole mankind.

Leonardo da Vinci is well-known as an artist in the first place. His worldwide famous Mona Lisa is one of the three most famous women of Louvre in Paris along with the Venus of Milo and Nike of Samothrace. You have to buy tickets in well in advance to see his divine mural painting “The last supper” in Milan. But Leonardo was not only a talented painter. He was a man who anticipated engineering achievements of humankind for several centuries ahead. Today we can admire his drawings of “helicopter”, “tank”, “machinegun”, “submarine”, “swim suit” and many others. 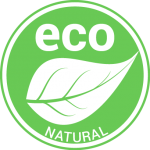 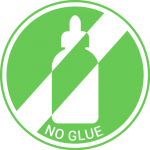 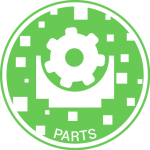 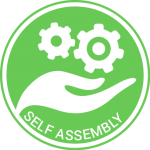 In the range of Leonardo’s inventions his scythed chariot stands apart. Chariots had been in use for several thousands before da Vinci (check out one of Wooden.City models Roman Chariot). He only wanted to improve it. All in all, da Vinci’s invention has the same wheels as the Roman chariot but had improvement of spinning scythes mounted on the chariot. Unlike the ancient chariots,

Leonardo da Vinci’s model of a chariot was not driven by a charioteer. The horses were to drive into the enemy rows so that the spinning cutting blades or sickles could inflict casualties among enemy formations. Chariot wheel spikes are spinning in motion making heavy death toll. To be fair, it must be said that this chariot design was never implemented and remained ink on paper. Indeed, the idea was difficult to realize as horses could run not towards the enemy side but instead they could be scared and could dash against their own formations of soldiers.

All Wooden.City models are easily assembled without any glue. They can be set to motion by winding up the rubber band engine. The distance covered by the chariot is about one meter. This Wooden.City puzzle can be assembled within 3-4 hours. It is intended for adults and children aged 12+. The visual step-by-step instruction will make the assembling process easy and smooth. 74 precut-out parts are packed into an original wooden box. Seeing the moving 3D model is a lot of fun. The assembling process is really captivating, giving you a feeling of accomplishment and a reward of the ready working kinetic model of a chariot.

Be the first to review “CHARIOT DA VINCI” Cancel reply 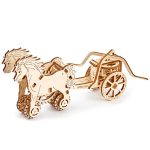